She saves lives. He protects them. And someone’s trying to stop them both. Lily Ziminski is an ICU nurse near the nation’s capital where politics are a regular part of hospital policy. Assigned a series of high-profile patients, she finds herself an unwilling focus of the media. Lily would much rather do without all the attention…except where one cowboy-hat-wearing state trooper is concerned. Caleb Graham runs into the same captivating nurse twice in one day, and he’s not a man who believes in coincidence. When problems at a local impound lot force him into the middle of a bizarre case that threatens Lily, Caleb will stop at nothing to protect her. From a stranger in a parking garage to Secret Service agents, surprise chases Lily around every corner. In the midst of the chaos, she has two constants – her longtime faith in God, and her growing attraction for a silver-eyed trooper.

Heather Gray loves coffee, God, her family, and laughter – not necessarily in that order! She writes approachable characters who, through the highs and lows of life, find a way to love God, embrace each day, and laugh out loud right along with her. Her books almost always include someone who’s infatuated with coffee, too. Some things just can’t be helped. Heather delights in creating characters who, like her, have their share of faults and foibles, characters who are flawed…but loved anyway. 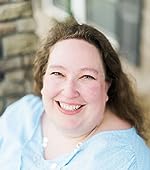 Not only was I given this book to review, but I was blessed to be able to read the first two as well.  I absolutely loved these books!!!  Heather Gray brings intrigue, excitement, and spirituality into these stories.  She is well versed and very knowledgeable with medical terms.  I once worked in the medical field, so reading these stories brings back good memories.  Her characters are very likable.  I was brought to tears in each book.  These were all books that I could not wait to read!  I am excited for her fourth and fifth book!! The books can be read as a stand alone, or in order.

Rylie Durham is used to dealing with all sorts of people and situations in her role as a Child Life Specialist at a local hospital.Why, then, does Zach York bring out the worst in her? After all, he’s there to donate toys to the children she loves.

Could it be that she sees a kindred spirit in him? Rylie knows a thing or two about hiding a bruised heart from the world… and the danger inherent in blaming God for the hurt.
With December’s approach, Rylie enlists Zach’s help for a special undertaking — a Christmas formal for one of the pediatric units. As they work together on the project, she hopes to show him that, even when it’s painful, love is worth the risk…

She has emotional wounds. He has physical ones. Faith doesn’t come easy for either.

Holden Jenkins receives a diagnosis that alters the course of his life. His slow recovery is pockmarked with discouragement and puts his future in question. Will he ever again walk without pain? Or be well enough to return home?

Maddie Smith is an ICU nurse on the verge of burnout. In need of a change and drawn to a man she barely knows, she goes on sabbatical and takes up the fight to get Holden back on his feet.

As he searches for his identity in the midst of this new life, Holden struggles with a deep hurt. Why would God allow this? Meanwhile Maddie, shaped by her own emotional scars, battles against an unseen God she’s not sure she can believe in. Will these two be able to find peace – and a future together – or will the difficulties they face push them apart?

I received a free copy of each book for an honest review.

1 thought on “An Informal Introduction”